TIM KREIDER, A NY Times writer, writes about writing for media and how most writers are asked to write about things they know nothing about: “…and actual expertise so rarefied, that almost nobody knows enough about anything anymore to have the right to any opinion at all.”

This has always been an issue for me about the media.

I remember back in 1992, when the National Gallery of Canada acquired an earlier Rothko. How excited we all were (my artists friends and I) – finally the Canadian Art world was coming into the 20th Century.

The day I found out, I was having lunch in one of the many cafeteria-type cafes on campus. I was doing my homework there as I often did and reading the papers. The Star on its front page of the art section, had a picture of the Rothko in question – an earlier variation of the work that made him famous, and beside it was a drawing the “writer’s” young daughter did with magic markers and crayon. It was a very good copy for a 6 year old – meaning it wasn’t messy. The caption read, “My daughter is as good as Rothko! Can you tell the difference?” I screamed out “YES!” I was incensed. The writer didn’t get it. Didn’t get why this would be big news for Art fans in Canada. Why this was great news. So then why was it news that some ‘writer’ guy who wrote about something else, not art last month should have any opinion about a piece of art that Art lovers pay good money to come see? Why was his opinion news that Canada was insane to spend 1.2 million (a mere pittance for a Rothko) “on something my daughter can do?” (That’s all the article was about.) I actually stopped reading the paper (and watching the news) shortly after that. But not before I called his extension at the paper and left three terse VMs for him. That was somewhat satisfying.

Why is it then that the media is full of people like that – writing about stuff they know nothing about and don’t have the balls to admit it. It seems everyone wants to be an expert but don’t take the time to become one. It would make for better reading for those who want the depth of the issue whatever it is. It would have been nice to read instead, a little of Rothko’s bio, the details of the piece (oil on canvas, etc.), and what made this piece a-must-have for the National Gallery. That would have made everyone excited about it. You know though, my experience has taught me that the public doesn’t want to hear about someone’s expertise or details of an issue. It seems they just want to hear about opinion or rather gossip worthy. The news today is more like a gossip mill then about real informed knowledge. Isn’t it?

Anyway – I was going to write about “I don’t know”. That powerful statement which can free you. Everyone has a fraud squad – that’s what we call it in my small circle of friends with whom I went through therapy training. It’s the voice that tells you you really don’t know what you’re talking about or what you’re doing. And although sometimes it’s the fear of being found out or made a fool of that keeps writers or anyone else in any walk of life from admitting they don’t know and keep insisting to fake-it-till-you-make-it. But honestly, if you don’t know – say “I don’t know”. Try it. You might find it invigorating.

In good faith, I don’t know a lot about writing, I’m re-learning it I suppose to a certain extent. I like what Neil Gaiman wrote once, “I learned to write by writing”. So that’s what I’m doing.

A TEDtalk about an artist and his Art process. A lesson for life. 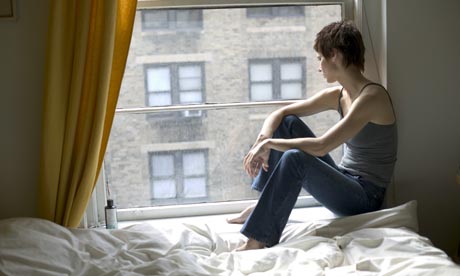 The Creative Process needs a kind of openness akin to what the Spiritual Practice needs in order to see what is truly ‘there’.

This article, written on this site: http://99u.com/articles/15339/the-joy-of-creative-ignorance-embracing-uncertainty-in-your-day-to-day speaks from the writer’s pov – or rather advises writers to have an “I don”t know” stance when approaching their work.

This kind of “I don’t know” recipe for the creative process is Inherent In Spiritual Practice. It isn’t a new idea even when Keats was around. One of the best books on the subject of “I don’t know” is “Zen Mind. Beginners Mind”. The Spiritual Practice needs a mind that has no attachment to identity. No Strings attached to Outcome. When the mind is free, It opens the heart. In an all-embracing attitude possibilities are endless.

All Rights Reserved. All graphic or written material (unless otherwise stated) is the property of the author of this blog.

Reblogging is fine. If it is not your work, your thought, or graphic please give credit where credit is due. All Rights Reserved. Any graphic or written material in this blog may not be published or used in any way without direct permission from the author.

See What Other People Liked

Finding those hidden gems in the city

My Ashtanga journey, one breath at a time

Life with dashings of walking and yoga

about women who do amazing things

sophisticated style for the free spirit

Men's boots and everything that influences them

" Fashion is the kundalini of visual ecstasy "

The latest news on WordPress.com and the WordPress community.